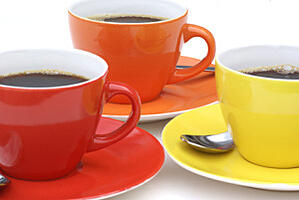 So much has been said and written already about the 60 Minutes segment on Greg Mortensen, author of Three Cups of Tea and builder of schools in Afghanistan under the auspices of the Central Asia Institute,(CAI) a Bozeman, Montana, nonprofit that Mortensen leads. Reporter Steve Kroft has been investigating complaints that Mortensen has lied about his activities, unreasonably enriched himself, and mismanaged the organization. Since the segment aired last Sunday, reactions have ranged from total support for his mission, to calls to extract $20 million in taxes. For a great overview of those opinions, I recommend Nicholas Kristof’s article in The New York Times; Kristof is a friend and supporter of Mortensen and the comments run the gamut from idolatry to evisceration.

It will take some time for all this to be sorted out and I don’t have any special insight into the truth of the situation except to ask, yet again, where was CAI’s board? According to Jon Krakauer, who knows Mortensen well and was interviewed for the story, in 2002 the board president, treasurer, and two board members quit and recommended that Krakauer no longer donate to the charity because, Krakauer said, that Mortensen uses CAI as “his private ATM machine.” He said there was no accountability, and no receipts for Mortensen’s expenditures. The reporter said that over the years six staffers and board members had quit over similar issues.

The organization’s 2009 Form 990 lists four board members, three of whom are independent. Today its website lists three—one chair, one treasurer—and Mortensen. That board issued a statement in response to the 60 Minutes segment expressing support for Mortensen and reporting a legal opinion that he had received no excess benefit from the organization.

What are the lessons here? At the very least, from where I sit at BoardSource, I would suggest that having two board members in addition to the chief executive for an organization with over $14 million in revenue, while legal, is minimal at best. Especially considering Mortensen has a vote on the board. BoardSource recommends that chief executives serve as ex officio, nonvoting board members—remember, one of the critical jobs of the board is to oversee the chief executive—and there’s an inherent conflict, sometimes perceived, sometimes real, if that executive has a vote.