Of Kushner, Kerfuffle, and Culture 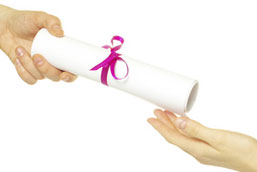 In my last two posts, I have asked that (sadly) perennial question, "Where was the board?" In each of those organizations I wrote about -- the Central Asia Institute and the Fiesta Bowl -- the board appeared to be on the lam from any serious oversight or even, it appears, much interest, relative to their chief executive's activities.

In today's situation, we know exactly where the board was -- and that's the problem. Let's take a mental stroll into the boardroom of the City University of New York, where the board of trustees was tasked with approving the conferral of honorary degrees for John Jay College. Tony Kushner, the Pulitzer Prize-winning playwright of "Angels in America," was up for one of the awards selected by the faculty. (CUNY makes podcasts of its board meetings available to the public.) One of the trustees made an impassioned speech against Kushner's receipt of the award because of his political opinions, which he characterized as anti-Israel. Without further debate, the board approved all the degrees except Kushner’s; the vote on his degree was tabled until after the graduation, and…the world took notice, very quickly. After a public uproar, a letter from Kushner, and a letter from a prior degree recipient wanting to give hers back, the board’s executive committee reconvened a week later and unanimously voted to confer the degree upon Kushner, who accepted the award.

If I were tasked with illustrating the Culture of Inquiry concept we teach at BoardSource, I might consider using this board as the “before” example. The vote was the last item on the agenda and Jeffrey Wiesenfeld, the dissenting trustee, apparently surprised the board with his remarks. It appears that the “culture” is to rubberstamp the faculty’s selections, which raises the question, “why bother?” An institutionalized rubberstamping process begs for re-examination. But given that the board was expressly tasked with approving the nominations, Wiesenfeld was quite within his rights to question Kushner as a nominee, for any reason he chose. It was the responsibility of the rest of the board to enter into the debate, rather than passively tabling the nomination and killing Kushner’s chances. This is no referendum on the substance of Wiesenfeld’s remarks; rather, on the board’s silence in the face of them.

And speaking of silence, Wiesenfeld has continued to speak out in the media, defending his position on Kushner. While that’s fine from a legal standpoint, far better from a governance standpoint for the board to have chosen one spokesperson to address this kerfuffle.

Think of it this way – the board should have several voices inside the boardroom, but only one voice outside of it.