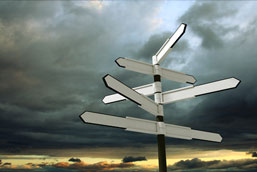 By Deborah Davidson, vice president of governance research and education

Like you, all of us BoardSource were fascinated as we watched the Susan G. Komen for the Cure controversy play out last week. On Friday, just minutes after my colleague, Rita Santelli, shared her thoughts on the board’s role in communicating in a crisis situation such as the one Komen found itself (see previous post), BoardSource’s hallways were once again abuzz with chatter —and Twitter – this time focused on Komen’s startling decision to reverse its decision to cut its support of Planned Parenthood.

From my perspective, three words: Culture of inquiry.

What’s a culture of inquiry, you ask? Nancy Axelrod, in her book, Culture of Inquiry: Healthy Debate in the Boardroom, says it is characterized by the following norms:

“Boards that foster a culture of inquiry,” she writes, “are better positioned to tackle controversial matters, to look at issues from all sides, and make thoughtful decisions. When dialogue, candor, and dissent are all part of group dynamics, board members master the skills of learning, dissecting the issues, and responding thoughtfully, truthfully, and in the best interests of the organization.”

We’ll never know whether Komen’s board engaged in a rigorous debate before adopting a policy prohibiting the organization from funding any group under investigation by a government body. It’s unlikely any board member could ever be fully prepared for the firestorm that decision set off. And we’ll have to wait for a whole lot of dust to settle before we know whether the decision and ultimate reversal causes permanent damage to the organization.

But at BoardSource we’ve seen a whole lot of boards and a whole lot of dustups and we can say with impunity: No board ever regretted examining an issue too closely before it made a decision, particularly one that could potentially affect many, many lives. Challenging one another, asking the hard questions and the follow-up questions — this is the essence of the culture of inquiry that boards should embrace.

So now, an inquiry: What’s your board’s culture like? Let us know.