Want to Avoid a Bad Board Experience? Consider Saying No 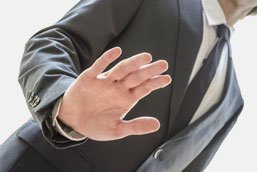 Some of these new board members are recruited through careful nominating processes by boards that are clear about the skills and level of engagement they are seeking.

Others aren’t, and many new trustees end up frustrated and disillusioned as a result.

One of the worst board horror stories I’ve heard came from a former trustee who shared her experience at a workshop for nonprofits earlier this year.

The young woman, from a prominent philanthropic family, was asked to join the board of an organization she knew and respected. Despite her misgivings about the abruptness of the invitation, her own lack of board experience, and a suspicion she was being recruited for her last name rather than her skills, she agreed to serve.

After a few meetings, the new trustee concluded that she didn’t have much to contribute to the board’s deliberations, and she gradually stopped attending meetings. A year or two later, after realizing that she hadn’t heard from the organization in a while, she visited its Web site–which was how she learned she was no longer on the board.

While I do think most nonprofit executives should pay more attention to their boards, executives shouldn’t shoulder all the blame for the negative experiences of many new trustees. People aren’t conscripted onto boards, after all. They volunteer.

Which is surprising, given how many conversations with disgruntled board members begin with their early misgivings. The invitation was sudden, they say, and a surprise. They didn’t know the organization well. The recruitment process was rushed and perfunctory. The person doing the recruiting was vague about expectations. And so on.

Given the haphazard approach to recruitment employed by many boards, we shouldn’t be surprised that many new board members have bad experiences. We should be surprised, though, that so many agree to serve despite their misgivings.

That needs to change, because no one benefits from a cycle in which boards recruit new members without much care and new members say yes without knowing what they’re in for. Perhaps if nonprofits had a harder time getting board members to say yes, they would put more thought and effort into cultivation and recruitment.

To accomplish that, we need to cut off the supply of prospects who are willing to endure shoddy processes, shrug off well-founded doubts, and join boards anyway. So in an effort to build a more circumspect board candidate pool, here are four suggestions for anyone who is being approached to join a board.

1. Notice how you’re being recruited. The way an organization finds and cultivates new board members conveys a great deal about its culture and values, its capacity, and the role of its board. A nonprofit that is scrambling for board candidates two weeks before its annual elections probably has a “just in time” approach to other board business. Since the organization knows, presumably, that it needs to put its best foot forward to attract new board members, shortcomings in the recruitment process are especially telling. If you hate the way you’re recruited, there’s a good chance you’ll also dislike being on the board.

2. Take your time. If the invitation comes unexpectedly and is on a fast track, slow things down. While it’s true that many boards elect new members only once a year and sometimes have a limited number of slots, that’s no reason to be rushed into a decision. Joining a board usually involves a minimum commitment of two or three years, often with the possibility of a second or third term. A significant volunteer engagement that could last for six or eight years (or longer) is not something to be rushed into just because the nominating committee meets next week. Be polite and respectful, but also remember that the timing should make sense for you.

3. Ask pointed questions. Ask your recruiter specific questions about why the board is interested in you and what the organization would expect from you if you were elected to the board. Asking these questions–and follow-ups if the answers are too vague–can help avoid misaligned expectations. If the board is looking for a lawyer with commercial real-estate expertise to help advise on leases, it’s helpful to know that upfront–especially if you specialize in international tax law. In addition to talking with the governance committee chair, talk with the chief executive and one or two other board members. Ask them what they like about the board, what might need to be improved, and what important issues the board will be facing over the next few years.

4. Get involved in the organization before joining the board. Unless you already know the group well, do your homework. Making a major, multiyear volunteer commitment deserves at least as much research as buying a car or hiring a contractor to renovate your kitchen. If you are not already a donor, become one. Do some online research. Review the organization’s informational 990 tax form on GuideStar. Attend special events. After you know more about the organization, you’ll be in a much better position to decide whether you’d be interested in joining the board.

If you’ve done these four things and you still have serious misgivings, then don’t join the board! By saying no, you’ll avoid a potentially frustrating experience. Your “no” may also help the organization become more thoughtful about the role of the board and the way it recruits new trustees.

Or say yes, because nonprofits certainly need committed board members and there are plenty of good reasons to set aside your concerns and exercise leadership for the greater good.

Either way, you will have approached the significant decision to serve on a board with the care and consideration it deserves. If everyone did that, we’d have better boards.

This post originally appeared in “Against the Grain,” a Chronicle of Philanthropy blog written by Rick Moyers. It is reprinted with permission.