Is Nonprofit Board Service Worth It? Reflections from a One-Time Skeptic 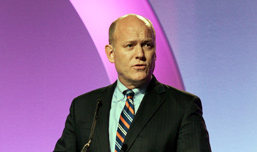 When I took the job as president of the Surdna Foundation in 2007, I was not surprised to be showered with flattery and pursued by people who hoped I might just write a check to support their work. What I hadn’t fully anticipated were the many requests to serve on nonprofit boards.

Early in my career, I have to admit, I was a bit of skeptic about boards, thinking they were really just window dressing. Wasn’t a board member’s job simply lending his or her name to the organization’s letterhead, attending quarterly meetings, and offering the occasional nugget of wisdom? In other words: Don’t board members just show up and smile? It would be difficult to convince a skeptic otherwise, for we’ve all heard the not-so-apocryphal-sounding stories of big corporate boards that were asleep at the wheel while their CEOs did nefarious deeds.

Some of my doubt about board service stemmed from the utter failure of boards at companies like Enron and WorldCom. While these catastrophes did lead to legislation aimed at creating greater accountability at both corporate and nonprofit boards, the primary effect of that law, known as Sarbanes-Oxley, seems to have been an increase in paperwork and formal checklists, not to mention fees paid to lawyers and accountants. It’s difficult to say how effective it has been. Board members do, however, pay far more attention to the tax returns and the work of audit committees.

So I harbored these doubts, but it was not until my first personal experience on a board that I awoke to the reality of the seriousness and responsibility of being a board member.

In 2003, while at the German Marshall Fund, I joined the board of the Trust for Civil Society in Central and Eastern Europe, which included representatives from the funders who created the Trust — the Ford, Mott, and Open Society foundations, German Marshall Fund, and Rockefeller Brothers Fund. Soon after I joined, the board realized that the very future of the Trust required completely retooling the business model and transitioning to new leadership. It was the board, which I chaired, that was expected to roll up its sleeves and get this done. The work was serious and time-consuming, and the challenges could not have been bigger. And nowhere in sight was the ceremonial, make-wise-comments board experience I had anticipated.

I’ve since found that my Trust experience was not an anomaly. Board service is serious and demanding business, a reality that is often obscured by the fact that most nonprofit board members are “volunteers.” And, in many cases, board members are also donors — often significant ones. The checks they’re writing, in addition to the many hours they’re giving, only add to their sense of ownership and commitment to the organization’s success.

Since coming to Surdna six years ago, the invitations to join boards have been frequent. I am now serving on three boards — Living Cities, Romanian-American Foundation (RAF), and BoardSource — plus acting as an advisor to Bard College’s Center for Civic Engagement. I take board service seriously, and because I have learned it is time-intensive and demands year-round attention, I think I’ve got a pretty full dance card.

But why serve on nonprofit boards at all? I have several motivations for my own board service, some of which can be broadly applied to all who are interested in social change:

The boards I’ve chosen to sit on might seem at first glance to have very little in common. But service on each board speaks directly to the motivations I’ve described. In some ways, I found my way to these motivations through my experiences on these boards.

Living Cities is a consortium of some of the country’s largest foundations and financial institutions working to solve urban poverty in the United States. Five years ago, when Surdna rejoined Living Cities, which we helped create, I took a seat on the board. We rejoined at a time of exciting and complex transition for the organization. Coasting through our duties was certainly not an option for board members. Deep structural changes were underway, and CEO Ben Hecht needed a strong and active board to help move the organization forward and make it more effective. As co-chair of the board’s Policy Committee and a member of the Executive Committee, I began to help shape the institution, bringing ideas from Surdna, while also building deeper ties with my fellow board members. Many of my fellow board members’ institutions have interests similar to Surdna’s and share a broader goal of building stronger, sustainable, and just communities. My Living Cities board responsibilities have become an important source of professional growth, as well as a valuable boost to the work of the Surdna Foundation.

The Romanian-American Foundation (RAF) is quite a different story. After completing graduate school, I lived in Romania for two years working with the Civic Education Project on post-communist university reform. In the 20 years since I first came to know Romania, I have had the opportunity to help the country emerge from the dark days of communist rule to become a member country of NATO and the European Union. Just as I was joining the Surdna Foundation, I was asked if I was interested in joining the board of a new foundation being formed in Romania from the proceeds of a U.S. government-financed investment fund that was winding down. I realized that there were probably only a couple people in the world who had my deep understanding about Romania and an insider’s knowledge about the functioning of an American-style foundation.

How could I not lend a hand to this start-up? My initial impression was on-the-money: my skills matched perfectly with RAF’s needs. Upon joining the board and chairing the Strategy and Program Committee, I rolled up my sleeves during the foundation’s very earliest days and helped develop a coherent set of grantmaking objectives and strategies.

Last year, I was appointed chair of the board with the mandate of steering the foundation through important changes in board governance as well as its relationship with the U.S. government. At times, my RAF duties have felt a bit like a distraction from Surdna’s core business, given that Surdna doesn’t make grants overseas. But I realize my past few years’ experience has helped me become a more effective foundation president: I have contributed in important ways to the early-stage development of this $100 million perpetually-endowed foundation. And in recently orchestrating highly charged and complex negotiations, I have sharpened my diplomatic and leadership skills, become well-versed in managing a legally complex institutional transition, and deepened my understanding of a variety of investment strategies and deal-making. Of course, there are university courses I might have taken to learn more about these topics, but serving on the RAF board and being willing to assume leadership during a critical moment has been the equivalent of graduate-level training. And it has helped an important new foundation find its legs and prepare for a generation of great philanthropy.

And then there’s BoardSource. Not long after I arrived at Surdna, I got a call from my friend Barry Gaberman. I knew Barry from my days at the German Marshall Fund when he was the Ford Foundation’s representative on the Trust for Civil Society board. When he called, Barry was chairman of BoardSource, and he urged me to consider joining. It didn’t take much arm twisting. Like many in the nonprofit world, I had used a number of BoardSource publications in my work, and I was flattered to be asked. BoardSource has been a terrific experience —it’s the only nonprofit board I’ve been on that has the kinds of attendant budgetary and strategic challenges that nearly all non-endowed nonprofits face. And I joined just as the economy was in free fall.

While I came to the board out of deep respect for Barry and for the organization’s work, I was naïve about the level of responsibilities ahead. I’ve since served in a variety of capacities, chairing committees on strategic planning, compensation, and governance, and most recently accepting the role as vice chairperson. I held these various responsibilities during a period when BoardSource, like most nonprofits in the years leading up to and beyond 2010, was searching for a business model that could work in a period of fiscal constraints. This has required frequent meetings, talking deeply about the mission and outlook for the institution, and working closely with CEO Linda Crompton and her successor Anne Wallestad to craft a plan to help meet its mission goals and thrive in the future

In retrospect (why always in retrospect?), I now know just how much I have learned about governing an institution through turbulent times. The steady, calm leadership of BoardSource’s chair, David Nygren, during these years, is a model I will draw upon when I inevitably find myself in a similar situation on another board in the future. I take great pride in having contributed to helping this organization — which provides thousands of nonprofits with mission-critical guidance — maintain its footing during a rocky economic period. BoardSource has now emerged stronger and better equipped to fulfill its role in the nonprofit world.

Of course, I actually experience nonprofit boards from two sides. While I serve as a board member on these three nonprofits, I’m also the president of a foundation and interact with a board from the staff side. At Surdna, where we celebrate our family foundation traditions, the board comprises ten members of the Andrus family and three non-family members. I spend a great deal of time and energy working with the board. I don’t do this grudgingly or with the sense that it’s a distraction from the “real” work. Rather, I understand in an even clearer way because of my own board service, that the board plays a critical role in shaping the institution. While I know all about the compliance roles of a good board, to me the most important contribution a board makes to its institution is through culture and mission. The board creates and models the organization’s culture. And I believe a well-understood and valued organizational culture is the key ingredient to organizational success. At Surdna, our culture is evident in our deeply felt values of modesty, collaboration, and trust — values that have been a part of the family for generations and are at the very core of the foundation.

As to mission, I am a firm believer that the clarity with which the mission is articulated and understood by the board translates directly into the quality, focus, and depth of the institution’s work. Several years ago the Surdna Foundation board and I took the time to get clear on mission and allow it to inform our choices about the work we would do. The board’s willingness to address this core concept, take it seriously, and then use it as a guidepost for the institution’s choices, has been powerful. Board unity and clarity on this has made a real difference for the foundation.

I often think about the enormous commitment Surdna board members make to the foundation. And I sometimes I worry that we’re asking too much of them. Then I recall my own initial skepticism when I initially asked “Is board service worth it?” It took some hard work before I “got it.” Surdna board members aren’t just giving to Surdna and to the fields in which we work, they’re getting something in return.

I started my professional journey as a skeptic of boards. But I’ve since learned that this skepticism was unfounded. My experience has taught me how complex and challenging this work is, but also how profoundly important board governance can be. If all of us who care about social change — change that helps move us to a more just and sustainable society — would be willing to think in these terms, and serve passionately as trustees at both great and struggling nonprofits, we would be achieving much more of the change we seek.