In Defense of Mission 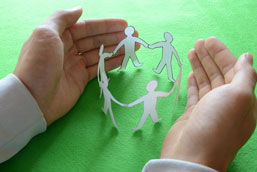 Last week, the folks behind the “America’s Worst Charities” article, which triggered a widespread discussion about the fundraising practices of nonprofits, launched a new resource called “Charity Checker.” Designed to help donors access aggregated data about nonprofit financials, performance, and commitment to transparency, one can understand the appeal of this new resource. It’s easy, straightforward, and helps donors evaluate whether an organization is worthy of their hard-earned dollars.

Many would argue that a resource like this is desperately needed, given some of the scandals that have rocked the charitable sector, not the least of which is the recent exposé done by The Washington Post about the number of organizations that have fallen victim to fraud and theft. I don’t necessarily disagree with the value of this type of donor-focused resource (though I think that between Guidestar, CharityNavigator, and BBB Wise Giving, we are pretty well covered), but would argue that we need to do more to ensure donors do not miss the big picture about what the charitable sector was created to do.

Oftentimes, when a charity experiences a scandal, the public outcry is “How dare they abuse donors’ funds that way?” While perfectly understandable, I believe this is a misguided outrage. Don’t get me wrong, I firmly believe that organizations have not only an ethical responsibility — but also a legal duty — to be honest and forthright in their interactions with donors. We owe those who invest their hard-earned dollars in our missions honesty, integrity, and clarity; without it, the charitable sector will not deserve or receive the support that it needs to fuel its important work. But the greater tragedy and offense when nonprofits abuse the resources entrusted to them is against their own missions, and the people and communities they serve.

Why is this such an important distinction? From a societal perspective, we are miseducating donors about what makes an effective organization (hint: it’s not all about avoiding scandals and having low overhead) and — more broadly — we are mischaracterizing the purpose of the charitable sector.

If we’re going to rally resources to help donors better evaluate organizations, let’s focus on their strategies and impact, not just their accounting practices. And if we’re going to take to the streets to defend those who have been wronged when nonprofits falter, let’s focus on the communities and individuals who need the support, strength, and integrity of the nonprofit sector, not those who fund it.