Boards and Public Displays of Disaffection 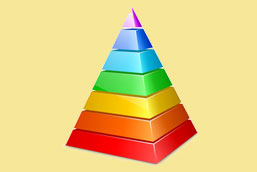 A few weeks ago, there was a news story indicating that the entire 20-member board of the Minnesota Dance Theatre had stepped down en masse. In three paragraphs, we learned that the theatre is solvent and successful, and that the outgoing board says it hopes the theatre will continue to succeed. We also heard that the group is led by the daughter of the founder; we are then left to color the picture in as we will.

The adage “actions speak louder than words” seems to apply here. Who could read this and not wonder what fight was going on in that boardroom that required such dramatic action? Perhaps it’s best that we don’t know the details or drama, but it would be shortsighted to think no damage has been done. The stakeholders of nonprofits tend to believe that they have a right to know why the stewards of an organization they love or do business with would just desert the ship.

Internal strife comes in many forms. As a consultant for a national organization that focuses on strengthening nonprofit governance, some of the more fundamental breakdowns I see occur when there is a lack of a shared vision among the board and chief executive, an inability to form a constructive partnership, or a disagreement over strategic direction and how to proceed. Most boards and staff are committed enough to work through these issues, so when more drastic measures are taken — like this situation, or the one in which a CEO tried to “fire” his entire board, or where another board resigned in the wake of a criminal investigation — organization’s reputation suffers, as do individual players.

Boards can never underestimate the impact of their actions on an organization’s image and reputation. Most nonprofit organizations depend on positive relationships outside the organization for resource development and the distinct competitive advantage that comes with having a positive public persona. As guardians of organizational mission and resources, the board must understand that those partners begin to get nervous when they see public displays of disaffection.

Bad news travels and spreads at the speed of light, maybe even faster in the age of the Internet, and there’s no opportunity to unring the bell. Recovery can be slow and painful. Just think about Susan G. Komen’s Race for the Cure and their continued struggle to bring in fundraising dollars at the level they enjoyed prior to what many claimed was a politically motivated decision to defund Planned Parenthood in 2012.

The lesson as I see it is for every board to consider how its behavior will impact the reputation of the nonprofit among its various constituencies. It is important to ask, “How is this action taken or message sent likely to play among our stakeholders?” Whether fairly or unfairly, the public and an organization’s stakeholders often make judgments about an organization based on what they know about the people who serve on the board. What people see and hear can influence what they will give or the decision to support an organization moving forward.