Nonprofit Scandals and the Lessons Learned 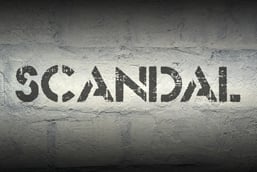 This post is one in a series written by board leaders who are presenting sessions at the 2015 BoardSource Leadership Forum taking place on November 9 & 10 in New Orleans. We invite you to join us.

It’s no secret that most people are drawn to the details of a juicy scandal and that, as a result, news outlets are quick to jump on any story that implies wrongdoing. Unfortunately, the nonprofit sector is not immune to this phenomenon, and we frequently hear stories of nonprofit governance gone wrong. Although such stories may represent the happenings of only a tiny fraction of nonprofits, they often impact the perception and, occasionally, the regulation, of the entire sector. As the board member of a nonprofit, it can be a valuable exercise to consider the lessons that can be learned from recent newsworthy scandals and to apply those lessons to strengthen the governance practices at your own organization.

Reports of seemingly excessive executive compensation at nonprofits appear to top the list of news stories on nonprofit scandals. Although we are in the midst of a national conversation regarding nonprofit employee compensation and the appropriate level of nonprofit “overhead” spending, many people still apparently find it incongruous for a nonprofit to pay compensation that is competitive with the for-profit sector, and stories of high compensation routinely make the news. For example, news stories popped up last year reporting that the then chief executive of the Queens Borough Public Library, a 501(c)(3) public charity, was receiving compensation of almost $400,000, as well as a set budget for the car of his choice to be replaced every three years, while the organization had simultaneously eliminated nearly 130 jobs over the previous five years. Although the shock value of this is high, from a legal perspective, how can a board ensure that the compensation it pays its executives is reasonable and permissible for the organization?

Organizations that are exempt under Section 501(c)(3) generally must ensure that the compensation they pay to employees is fair and reasonable in light of the services the organization receives in return, and must ensure that they do not provide a prohibited private benefit to any individual. Additional rules, referred to as the excess benefit transaction rules, specifically prohibit such organizations from providing an excess benefit to certain disqualified persons, defined in part as anyone in a position to exercise substantial influence over the affairs of the organization in the five years preceding the transaction, such as a board member or high-ranking employee. If an excess benefit transaction is entered into, the disqualified person receiving the benefit and the board members who knowingly approved the transaction can be subject to significant taxes on the excess amount.

Going back to our scandal, the Queens Library reported revenue of $109 million and net assets of nearly $50 million on its most recently available Form 990 filed with the IRS. For an organization of this size, it may not have been difficult for the board to find and rely upon appropriate comparability data, and the same Form 990 reports that an independent compensation study was used to benchmark the chief executive’s compensation to current market comparability data. Accordingly, it may not be that the chief executive’s compensation alone constituted an excess benefit transaction from a legal perspective.

Unfortunately, however, there was more to the story. An audit and investigation of the organization by the New York comptroller found that the chief executive and the former chief operating officer had used their organizational credit cards to incur more than $310,000 in prohibited expenses (such as for Maroon 5 concert tickets, Apple televisions, and tickets to Disneyland), including significant amounts that appeared to be taxable, undeclared income. Although the Queens Library had a credit card policy in place that prohibited the use of organizational credit cards for personal charges, there was apparently no one approving the expenses charged to the cards by the top employees. Moreover, the comptroller found that there were numerous seemingly inappropriate purchases on the credit cards that apparently occurred while board members were present, including significant charges at restaurants following board meetings at which food had already been provided. The Queens Library reported in its most recently available Form 990 that eight of its board members were removed from the board last year and that it was continuing to determine the precise amount of the excess benefits received by the chief executive, for which it would be seeking reimbursement from him.

The lessons to be learned from this scandal are multifold. In addition to the legal aspects of the excess benefit transaction rules and the rebuttable presumption of reasonableness procedures, board members may also need to consider the optics and potential public relations ramifications of any compensation package. Moreover, while adopting strong governance policies is an advisable best practice, policies only serve their purpose if they are abided by and enforced. Finally, a board member’s fiduciary duties to a nonprofit include the duty to ensure the financial health of the organization, and board members should not only refrain from participating in inappropriate organizational expenditures, but should also actively investigate any indication of inappropriate activity at the organization.

For more on recent nonprofit scandals and the legal lessons that board members can learn from them, join me for a fun and interactive session at BLF 2015.