Should Your CEO Serve as a Board Member? 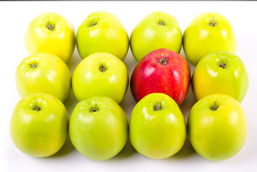 Editors note: This post was originally written in 2016, but has been updated to include information on state laws.

And in fact, neither does BoardSource. However, there are some considerations to be explored to fully answer this question. First, it is possible for individuals to serve as board members with or without voting rights. A misconception persists in the field that “ex officio” (Latin: “from the office”) board positions always carry a vote with them. But in reality, ex officio board members may serve either with or without vote. BoardSource’s 2015 Leading with Intent report indicates that 50 percent of chief executives are not currently members of their boards, with 38 percent of our sample serving as ex officio, nonvoting members of the board. We also found that 12 percent of respondents include chief executives as voting members of the board, with this practice being more common among large organizations (21 percent of organizations with budgets of $10M or more).

In the case of nonprofit chief executives, BoardSource’s position is that they should be ex officio, nonvoting members of the board.

Taking each in turn, ex officio status makes sense for nonprofit chief executives because these professionals are closest to the strategy, execution, and day-to-day decision making around the work fulfilling the nonprofit’s mission. Hard-wiring the office of the chief executive as a board member via the organization’s bylaws is an intentional way to include uniquely meaningful input into board meeting deliberations that wouldn’t otherwise be available.

That said, BoardSource also recommends nonvoting status (BoardSource Leading Practice 7) for chief executives, unless not permitted by law. For example, in California, the concept of nonvoting board members is prohibited. A 2015 revision to the California Nonprofit Corporation Law states that “[a] person who does not have authority to vote as a member of the governing body of the corporation, is not a director…regardless of title.” So be sure to check your state laws first.

Where allowed, we embrace nonvoting status in recognition of the fact that actual or perceived conflicts of interest may naturally come along with the pairing of this position with board member status. The Nonprofit Ethicist cited one of these – the potential for inflated executive compensation – but in fact there are many such challenges that might arise. For example, this situation may blur the distinction between the board’s responsibilities and the chief executive’s responsibilities.

Not all nonprofits embrace our recommended leading practice of ex officio, nonvoting status for chief executives. The Leading with Intent data confirm that. However, even without this practice formally embraced, there are things that nonprofits can do to balance the need for chief executive input without triggering conflicts of interest. Whatever the chief executive’s official status, their insights into the daily operations of the organization are essential to board decision making.

Topics: Board Best Practices, Leading with Intent: A National Index of Nonprofit