Lessons to Be Learned from Well-Meaning but Flawed Governance 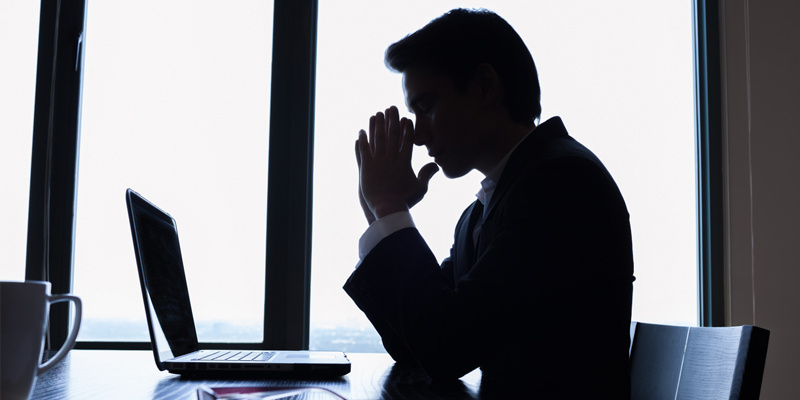 This post was written by a respected nonprofit governance expert who wishes to remain anonymous.

It is difficult to be considered a governance expert in your professional life and to serve as a volunteer on a nonprofit board. Oftentimes things happen that, as a consultant, I know are not optimal. But as a member of a board team, or even someone whose career has been in the nonprofit sector, I understand that organizational culture, basic group dynamics, or a charismatic and influential board peer or CEO have much to do with how things actually play out.

A recent instance happened in a boardroom where I felt, as a member of the board, that I could not in all good conscience adequately exercise my duty of care. The duty of care generally describes the level of attention required of a board member in all matters related to the nonprofit. It is perhaps more accurately described as a “duty to be informed” about an issue before making a decision relating to the issue. Members fulfill the duty of care when, prior to making a decision, they consider all material information reasonably available to them.

This particular board was asked to vote on approval of the yearly audit by the external auditor as well as review the Form 990 prior to filing — two actions all boards should take. The issue in this case was these actions were presented as time sensitive — a decision was required at that meeting so as to meet a deadline for presentation to another official body the next day — without providing the board with ample time to review one of the documents beforehand.

The Friday afternoon before the Monday meeting, the organization distributed the meeting agenda and supporting documents to the board by email. The agenda noted that board action was required for receipt and review of the Form 990 and that there would be a review of the audit as presented by the external auditor. It did not indicate that any board action related to the audit — such as an approval — was needed.

When I took time that weekend to review the supporting information sent to me on Friday, I discovered that the Form 990 was included in the packet; the financials from the audit were not. When I learned at the meeting that the board would be required to approve the audit, I asked how it could be expected to vote on something it had not the opportunity to review prior to the meeting. Some awkward moments followed. It was clear that the auditor thought it had been distributed. When I asked my fellow board members if they had received it, many indicated they thought they had, but no one was able to produce it from the emailed information. The organization’s leadership was caught in a hard place — they needed to have approval to proceed the next day, yet it appeared the board had not received the information in advance.

When I informed the board that I would not vote for approval because I had not had a chance to review the financials, there was discussion about how to ensure the board could vote. The motion was tabled and the staff was dispatched to make copies for the board, which were distributed as the meeting progressed. Toward the end of the meeting, it was determined that the vote now could be called, given that the board now had the documents in hand to review. After another board member and I requested time to review the documents, it was suggested that all board members email their votes by 8 pm that night. However, further discussion indicated that most board members felt they had gone through the materials sufficiently during the meeting and were comfortable voting at that time. The vote was called, and the overwhelming majority did vote affirmative. I did not vote at that time, expressing appreciation for being given the time to review the documents after the meeting but also noting that it really didn’t matter as everyone else voted before the meeting adjourned. (I did, by the way, diligently go home and immediately review the materials so that I could send in my vote by 8 pm.)

To provide context, this is a board I truly value. It is composed of very, very good people who work hard to make a difference through mission fulfillment. It is also a long-tenured organization with a solid staff and significant track records of accomplishment. I know everyone wants to do the right thing. And yet, I’m not sure everyone understands that what happened at that meeting may not have served the organization well. However, my largest concern is that no lessons were heard or learned.

This is also a board that typically votes unanimously on each and every vote. This is not unique to this organization. Groupthink — “the practice of thinking or making decisions as a group in a way that discourages creativity or individual responsibility" — is alive and well in many nonprofit groups. According to psychologist B.F. Skinner, operant or instrumental conditioning rewards groupthink or group-action.

I know that this board has appreciated my contributions in the past. In this instance, though, I came away feeling like I had betrayed the group by insisting on something that others did not perceive as necessary or valuable. I also came away thinking that I somehow had violated the trust of the board team, or at the very least, the unstated norms of this board’s generally accepted culture and behaviors. But, if you serve on a board for a significant period of time and have exercised your board responsibilities well, I would hope that your fellow board members would understand that you would not be taking such a stand unless you had knowledge or insight that led to that stand. I am the first to shout “Opinion is different than knowledge.” However, in this instance, I was offering knowledge: Board members have a duty to be informed before making a decision.

A goal of board and staff leadership is to make it easy for volunteer board members to exercise their fiduciary responsibilities, as well as to ensure that potential challenges from the outside are prevented from the outset. This is done by understanding good governance and adopting good practices to help facilitate each board member’s ability to exercise the duty of care.

Since that Monday board meeting, I have been looking for opportunities to offer constructive feedback. Here are some of my thoughts, so that you might avoid the situation I found myself in:

Do you have other suggestions? I encourage you to comment.