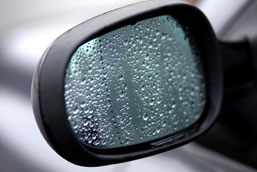 A recent article, "World Vision Reverses Decision To Hire Christians in Same-Sex Marriages," really caught my attention. Irrespective of whether this board’s decisions were “right” or “wrong,” its actions are illustrative of reasons why effective board governance is often the driver of a nonprofit’s successes and failures. Just two days after announcing the adoption of a policy codifying World Vision U.S.’s openness to hire Christians in same-sex marriages, the backlash from some Christian leaders, donors, employees, and affiliates led to the board reversing its position. In fact, World Vision U.S.’s board and CEO issued an apology, asking for forgiveness for their mistake.

Other nonprofits have been grappling with similar issues lately. The Boy Scouts of America's policy banning gay troop leaders led the Walt Disney Company to cut its funding. This came after a long-awaited decision by the Boy Scouts board of directors last year to admit openly gay youth. The difference here is that the Boy Scouts, for better or worse, is standing behind its decision.

The World Vision U.S. board, according to the article, prayed for years about its hiring policies after a U.S. Supreme Court decision supported World Vision U.S.’s ability to hire based on its religious beliefs. With such a quick reversal, though, it is clear that the board needed to do more to understand the core values that united its internal and external stakeholders—its values. The "more" in this case was the generative work of the board.

In Governance as Leadership: Reframing the Work of Nonprofit Boards, authors Richard Chait, William Ryan, and Barbara Taylor talk about the need for boards to work in three modes: fiduciary, strategic, and generative. Generative work can be defined in a number of ways, but it includes engaging board members in framing the issues and asking catalytic and probing questions that provide insight into the organization's purpose, mission, and core values.

According to World Vision U.S.’s own branding, it is "a Christian humanitarian organization dedicated to working with children, families, and their communities worldwide to reach their full potential by tackling the causes of poverty and injustice." Notwithstanding, a quick internet scan reveals that others, like Christianity Today and the ever-present Wikipedia community, often describe World Vision as an “evangelic” organization. The board is in a position to decide what it means to be a Christian humanitarian organization and how to best carry out the mission. But it is the generative mode that helps the board make sense of the organization and determine the path forward that is both evidence and values based.

In this instance, the World Vision U.S. board’s responsive decision-making reflects processes that had a shallow level of understanding of the organization’s operating environment and conviction regarding its core values. The board seems to have been quickly caught in a quagmire that could have been resolved by deeper generative thinking on four issues: (1) Should World Vision U.S.’s organizational values represent the commonality of all Christians or specific sub-groups of Christians; (2) How do we balance operating realities with current external and internal stakeholder expectations in an organization that is federated, global, and funded by a diverse mix of public, private, and faith-based donors; (3) How do we value current brand perception and motivations for stakeholder engagement, while appreciating internal and external cultural shifts; and (4) Is the hiring or not hiring of LGBT persons (and World Vision U.S.’s public announcement of such hiring practices) critical to World Vision U.S. achieving its mission.

Generative work isn't easy. While I appreciate that the World Vision U.S.board considered these issues at a thematic level, generative work is necessary to ensure the board has the wherewithal, the “courage of conviction,” to withstand public reaction for more than 48 hours for any of its decisions. Generative thinking requires that board members be honest with each other on the front end, gather actionable information from management and external thought leaders, learn the views of various constituents, and, when armed with a full diagnosis of the issues, strategically decide upon a course of action. Generative work is critical when there are clear signals that the decision could have a lasting impact on the organization's reputation, image, and constituents. Whereas the World Vision U.S.board acknowledged that it knew of the importance of its decision and pronouncement, its quick reversal reveals a low level of support that the board was willing to share externally to buttress and defend its decision.

In an environment that is constantly changing and often ambiguous, boards often must confront value-laden propositions. Nonprofits need to employ processes that engage the board in dialogue and discussion, support diversity of thought, raise explicit and implicit assumptions, and help focus the board on what matters most. Only then can the board move forward with conviction and confidence that it has done its job and reached the best decision.

When I reflect on this story, I am reminded of what a colleague once told me — "What an organization is or is not willing to do for money speaks volumes about its convictions and values, or lack thereof." I would add that it also speaks to its processes or lack thereof. In the end, World Vision U.S.’s quick reversal just makes me wonder.