A Moment to Change 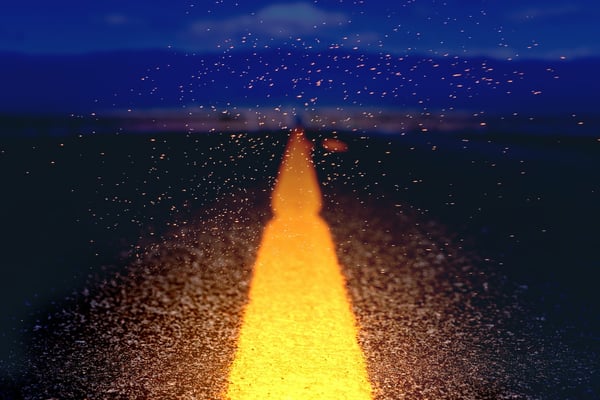 This past month has been full of tragedy and sadness. We watched in horror as a Black man was murdered by the police in broad daylight, and the pain and anger of 400 years of violence and injustice against African-Americans poured out onto the streets of every major city in this country.

This pain and injustice is not new, but for whatever reason, for millions of Americans – this time was different. I’ve heard some speculate that it was because George Floyd’s death was so clearly a murder; the circumstances surrounding it didn’t create any space for arguments or justification. I’ve heard others comment that it’s because of COVID-19, and the fact the nation’s attention (and the news) is focused on “this moment” in a way that may not be possible outside of a pandemic.

Whatever the reason is, this extended focus on the racial inequity that is deeply entrenched in our American way of being is a tremendous opportunity, and I for one don’t want to waste it. I want this moment to change us forever.

This is not a new problem. And it’s not about optics or public relations. This is about understanding the context of the world around you, and being in a position to make decisions that will be trusted and respected by those you seek to serve. This is about the authorization – the right – to lead.

I don’t think it’s hyperbolic in any way to say that this profound and sustained lack of diversity is an existential threat to nonprofit boards. If we – as a social sector – do not change, we will forfeit the right to lead our organizations. And we – much like Confederate statues across the country – will be toppled in ways that are not just justifiable, but necessary.

Shortly after protests erupted in communities across the country, I was a part of a previously-planned discussion with a group of community leaders, all of whom happened to be White. As we spoke openly about what was happening within this particular community, a woman spoke out in pain asking, “What more could we do? What needs to be done? What do they want?” Hers were earnest and sincere questions, and I have no doubt that her use of the words “we” and “they” were not intended to be racialized as “White” and “Black.” But – the reality was – because of who “we” were on this call, it was racialized. Whether “we” saw that it was or not. As another participant sagely and diplomatically pointed out, “we” were not the right people to try to answer those questions. We had no right.

Sadly, far too many nonprofit and foundation boards are in exactly this position – today and every day. A group of White people, desperately trying to make sense of a world around them that they don’t fully see or understand. Making decisions about hiring, strategy, programs, and organizational approaches that flow from their shared view of the world in a way that is invisible to them, but glaringly obvious to people of color.

We can no longer pretend that this is acceptable. We can no longer be silent about the fact that White people’s good intentions don’t prevent them from doing harm. We can no longer rationalize that boards lacking in racial diversity have a right to hold power and make decisions on topics or for communities that they don’t understand. We must do better.

So what can you do? What should you do? Well, it depends on where you are as a leader and as an organization, but here are some things to consider as you get started:

As BoardSource’s Jim Taylor so wisely named in his recent blog, “As we go forward from here, we (especially white leaders who have generally had more privileged life experiences than people of color) will no longer be able to claim that we didn’t know better.” But – as he also points out – knowing is just the beginning. With the burden of knowledge comes the mandate to act. To change. To do better.

I – for one – am incredibly optimistic and hopeful that the Summer of 2020 will be an inflection point for us as a country and as a social sector. That this collective experience will transform us in ways that are both powerful and lasting. I’m optimistic because – despite all of our shortcomings – I believe in the good of this sector, and the board and staff leaders who make us who we are. I believe that we want the best for the people and communities we serve. And I believe that we are willing to do what’s necessary to make ourselves worthy of the public trust on which our organizations rely.

That’s what I believe. And it’s what BoardSource will work for. I hope you will too.

[i] BoardSource’s Leading with Intent study also tracks other racial/ethnic backgrounds, but – given the context of this blog - there is an intentional focus on the representation of Black leaders.