Equity in Pursuit of Excellence: Why the Social Sector Needs Bold Strokes 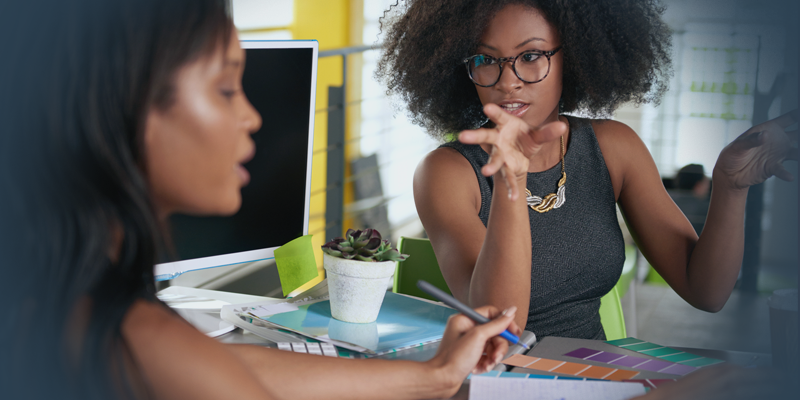 In the 1970 pamphlet entitled Double Jeopardy: To Be Black and Female, Frances Beale said that “In attempting to analyze the situation of the black woman in America, one crashes abruptly into a solid wall of grave misconceptions, outright distortions of fact, and defensive attitudes on the part of many.”

The more things change, the more they stay the same — at least that’s the case in the nonprofit sector. Though the United States’ demographics continue to brown, organizational leadership is not on pace with these changes, and people of color are not given the opportunity to assume leadership positions even when they have more intimate knowledge of, greater proximity to, and a deeper affinity for the communities their organizations serve.

This disconnect has been illuminated for me over the past year through Black & Bold: Perspectives on Leadership, an interview series I conduct that promotes and amplifies the experiences of black women working in the social sector. Since February 2018, I have interviewed more than 50 women from all walks of life and professional backgrounds about their leadership experiences in the nonprofit sector, exposing instances when they have had to navigate tensions around their values, reclaim their time, and leverage their unique identities within their organizations. Obviously, black women are not a monolith, yet patterns make it clear that being black and a woman in the social sector — and in life — creates particular challenges related to the perception of one’s competence, the expectation of managing “office housework,” the policing of one’s appearance and hair, and the culturally biased standard of “leadership.” 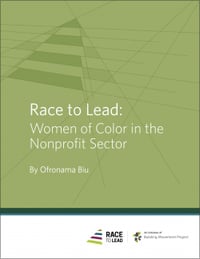 Recently, the Building Movement Project (BMP) released Race to Lead: Women of Color in the Nonprofit Sector, a report in BMP’s series that illuminates the racial leadership gap in the nonprofit sector based on data collected in 2016 via a national survey. The findings parallel the themes and patterns lifted up in Black & Bold.

As I approach my twentieth year working in and with nonprofits, these findings were unsurprising. In many instances, my lived experiences mimic those of the women surveyed and the women I’ve interviewed. The duality of invisibility and hypervisibility, inequitable compensation practices, and “leadership” defined in a Euro-centric, heteronormative male paradigm prop up inherent inequities the social sector must remedy. An abundance of resources, books, articles, and TED Talks (see here, here, and here) exist to develop one’s anti-racist muscle, yet the movement towards becoming a more just, equitable, and inclusive social sector remains stultified.

An organization that has proven what’s possible when intent and impact marry, resulting in tangible action, is Dēmos, a nonprofit public policy organization founded in 2000 “working for an America where we all have an equal say in our democracy and an equal chance in our economy.” In late 2018, the organization shared a tremendous gift by releasing a report that captures its approach to and lessons learned from its racial equity journey. Beginning in 2014, under Heather McGhee’s leadership, Dēmos set out to make equity real.

With engagement from across the organization including the entire board and all staff, Dēmos launched its Racial Equity Transformation (RET) and invested significantly in a comprehensive redesign of its organization that centers equity. The transformation included several overlapping and ongoing phases of work, including a foundational analysis, an organizational assessment, education and learning, and implementation. From revamping candidate interview protocols to readings and discussions designed to help staff develop and deepen their “understanding of the social construction and history of race, color-blind racism, universal vs. targeted policy-making, and interpersonal skills (e.g., understanding white privilege and white fragility, racial anxiety and stereotype threat, and gaining skills in direct communication and feedback),” Dēmos offers a framework for other organizations seeking to start their journey toward equity.

According to years of Leading with Intent data, nonprofits realize their boards are woefully homogeneous, yet few have any plans to address the lack of racial diversity through recruitment practices. Dēmos’s board fully engaged in the racial equity transformation and interrogated its practices and policies. In many ways, the problems faced by women of color in leadership positions is aggravated by non-representative boards. Until organizational leaders shift from a place of complacency to a place of courage, like Dēmos, the potential of the social sector will remain unrealized.