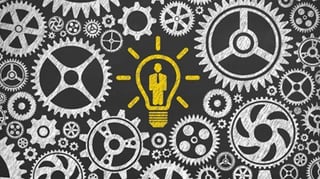 A goal without a plan is just a wish. ― Antoine de Saint-Exupéry

Fulfilling one’s duty of care requires diligence and intention. Translation: in addition to being an ambassador, providing oversight and support, and raising funds, board members play a crucial role in ensuring stable organizational leadership. According to Leading with Intent 2015, “only 34% of boards have a written CEO succession plan.” This low percentage poses a threat to the sector’s long-term sustainability. Considering the immeasurable safety net that so many nonprofits provide in and to communities across the world, it’s incumbent upon board leaders plan responsibly for the future.

“Govern” derives from the Latin root, gubernare, which means “to direct, steer, rule, guide, govern.” As governors, the board steers the ship (the organization) and keeps it on course towards mission fulfillment. A leadership void guarantees that the ship will be off course. According to BoardSource’s Ten Basic Responsibilities of Nonprofit Boards, the board is responsible for selecting the chief executive and ensuring effective planning. Succession planning nests nicely within these two domains.

Inherent within the term “emergency,” this process occurs when an executive suddenly departs – either permanently or for an extended period of time longer than three months. When a board is faced with this quandary, the circumstance can create a great deal of stress, uncertainty, and even frustration. Preparing for the unexpected will help mitigate the whirlwind of emotions and instability, enabling the board to move forward with purpose.

In advance of needing an emergency succession plan, the board requests that the executive draft a plan for his or her transition. Broaching this topic can sometimes unnerve an executive who has no intention of leaving, so board members will want to take great care to present the request in a way that amplifies the value of the process to the organization’s long-term sustainability. With input from key staff and board members, the executive’s plan should address core responsibilities and the strategy for carrying them out in the leader’s absence.

Some key questions for board members to ask when reviewing the plan might be:

After reviewing the plan to make certain all the bases are covered, the board approves the plan. Following approval, it’s within the board’s purview to make sure the plan is actually carried out in the event of an unexpected leadership vacancy. A quick response to an unexpected departure might involve a stop gap where the operations director and board president temporarily assume leadership responsibilities.

This type of plan allows for more breathing room, as the timeline has a longer runway than emergency succession planning. A future planned retirement or permanent departure usually comes with some lead time. Ideally the board and the executive have known for at least nine months to a year about the upcoming change and have begun the planning process. While some similarities exist between emergency and departure-defined succession plans, greater emphasis might be placed on the leadership attributes for a successor given that this hire is not a stop gap measure. With more time to think through the twists and turns of the transition, a full-blown search may be most logical.

The executive and the board jointly contribute to all facets of the succession planning process. The executive has firsthand knowledge of day-to-day operations, the impact a transition may have on organizational culture, and what priorities need to be addressed. The board has a vested interest in the organization’s fiscal health and long-term sustainability. Leadership transitions have financial implications, and both board perspective and executive perspective are needed to form a full picture of what’s needed to sustain the organization. Once the executive drafts a plan, the board should allow ample time to discuss its content with an eye towards the strategic priorities and organizational aspirations. After resolving any issues, the board approves the plan and is responsible for its execution.

According to The Retention Dilemma from The Hay Group, employees stay longer when there is a sense of efficacy in their work and because they believe they're able to capitalize on their skills and abilities. By providing professional development aligned to organizational priorities, the board and executive leadership ensure that there is a bench of talent to help sustain the organization should employees transition. The investment in internal capacity building not only offers professional development and opportunities for advancement, but also creates an environment where there is the potential for lateral coverage among staff positions.

Making sure that the strategic leadership development is comprehensive relies on answers to these questions:

Sowing Seeds for a Fruitful Future

Regardless of which succession plan mode the board undertakes, transparency is crucial both internally and externally. Proactive communication about leadership changes alleviates the normal fears associated with change and uncertainty. Plan for this. Poor management of this process shakes organizational credibility and effectiveness. Leadership is relationship. Given that and personal dynamics, each of these situations comes with a host of feelings, egos, a sense of investment, and perhaps a sense of accomplishment or disappointment. Particularly if the executive departing is a founder, the transition can be even more involved.

Preparation can be the difference between success and failure. Board members who fulfill their responsibilities and are accountable stewards take a proactive approach to planning, whether it be financial, strategic, succession, etc. The same deliberation given to the annual review and approval of the budget should be given to the business of succession planning. Go for it — bring the future into the present!

Do you still have questions about Succession Planning?