Foundation Board Diversity: Five Things We Can Do to Break from the Current Reality 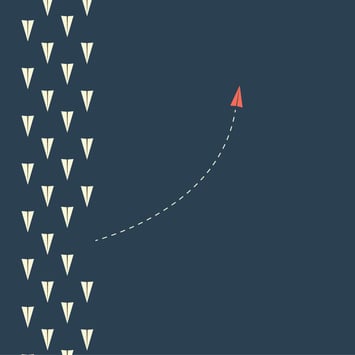 This blog post is the third in a series written by foundation leaders in response to a new research report published by BoardSource titled Foundation Board Leadership: A Closer Look at Foundation Board Responses to Leading with Intent 2017. This report is an effort to better understand the particular dynamics of foundation boards and involved taking a close look at the subset of responses from the 141 foundation leaders who completed the Leading with Intent 2017 survey. While the sample of foundation responses is relatively small and a convenience versus representative or randomized sample, we believe the report nonetheless provides important insights into the dynamics at play within some foundation boards.

I’ve never met a foundation that describes itself like that! But the most recent BoardSource report on foundation board diversity indicates that those words ring far too true when it comes to the lack of diversity on our boards. The report demonstrates that foundation boards are insufficiently diverse in terms of race and ethnicity, and that we as a sector do not plan to do much about it.

Specifically, Leading with Intent reports that a disheartening 24 percent of public charities are governed by all-white boards, and the problem is even starker among foundations. Fully 40 percent of participating foundations report having no people of color on their boards. One constraint that is often cited when this topic comes up is that many family foundations face limitations to board eligibility that make diversification very challenging. This is true, no doubt. But Leading with Intent documents that even when family foundations are removed from the data, 35 percent of the remaining foundations report that they have not a single board member of color.

The and yets that follow from that fact are many and painful:

None of those factors has overcome our backwardness on board diversity.

So what do we intend to do about it? This is where the BoardSource report becomes even more troubling. Leading with Intent finds that only 50 percent of foundation CEOs and board chairs expressed dissatisfaction with the status quo on racial and ethnic diversity. Furthermore, only 25 percent stated that in recruiting new board members they place a high priority on demographics. Nonetheless, I know it’s true that Complacency, Inertia, and Exclusion are not the values we espouse. So it’s time to get busy.

I’d like to lift up five straightforward recommendations for breaking out of the current reality. These recommendations are based mostly on my experience since 2008 as president and CEO of the Northwest Area Foundation, a private foundation based in Minnesota and active in an eight-state region that includes 75 Native nations. Our foundation has begun its diversity journey, not completed it, and I myself have been only one of many people shaping our path. I would never claim to have solved the puzzle that Leading with Intent illuminates. But I do have an understanding of how meaningful it is to do these five things:

1. Be intentional. Experience has taught me that intentionality is the key. The norms that Leading with Intent documents are tenacious. They will not change — unless those of us in positions of power and influence make it a priority to drive that change. Without intentionality — committing to a new approach, then acting on your commitment — you will make nothing new happen. But once you commit to intentionally doing better, a world of opportunity opens up. As a white CEO, and also as a white board member of the regional association Philanthropy Northwest, I consistently make a point of highlighting racial and ethnic diversity as a board recruitment priority.

2. Expect abundance, not scarcity. A frequent comment I hear when the lack of board diversity comes up at foundation gatherings is, “But we can’t find good candidates of color who have the right stuff to serve on this board,” or words to that effect. This is, quite simply, not true. I’m not saying people don’t think it’s true; I believe they do. But I would argue it’s not a matter of can’t but a matter of don’t, and is thus fixable. The truth is, because people of color have long been locked out of adequate opportunities to serve on foundation boards, there is a wealth of talent to be found if we just open our eyes. But it does require building relationships in the communities and issue areas you serve; asking around within those communities; and opening your mind to the reality that the skill and will to bring fresh perspectives to your board is right there, waiting to be engaged. The Northwest Area Foundation, for example, has four Native American members on a 13-person board. Those four leaders are quite dissimilar: They’re from different states, different tribes, and different professions. In other words, they bring a vibrant array of experiences and skills to the boardroom. That’s not because we’re recruitment geniuses. It’s because we are committed to engaging the talent that resides in the Native communities of our region.

3. Defy the law of tiny numbers. Bringing a single person of color onto an all-white board is better than nothing, but it’s not the right solution. The risk of such a choice playing out as tokenism, even if the board’s intentions are better than that, is too high. So is the risk that the one and only “diverse board member” will become isolated within the board, or will be expected by white board members to speak for an entire community, or for all “diverse” people and perspectives. Those dynamics can easily make the move seem like a failure, which in turn can drive the board away from rather than toward greater diversity. It can also drive lone persons of color to resign in frustration, convinced that they were never welcome in the first place and were never actually heard when they spoke. The way to avoid this trap is obvious, but requires further intentionality: Think in multiples, not in one-off “experiments.” That is, diversify for real, in real time, by electing more than one (and preferably more than two) people of color at once or over a short period of time. That way, board members of color can support one another in establishing their voices in the boardroom, and white board members can see right off the bat that no one can or should be expected to represent entire communities. The Northwest Area Foundation board is currently “majority-minority,” as the saying goes — and as our nation will be before long — with seven board members of color out of 13. We did not set out to achieve that, exactly. But careful attention to diversity in recruitment, year in and year out, has led us over time toward a board composition that serves our mission very well.

4. Be inclusive, not just diverse. Once you’ve defied the law of tiny numbers, be sure all board voices are heard, and that the boardroom is a space where real engagement across lines of difference is the norm. A board that gathers steam on this journey will also persuade board members of color to take on leadership roles within the board. The board’s decisions about who chairs committees, and who chairs the board itself, are fundamentally important. At the Northwest Area Foundation, I’m pleased to say that our board chair and four of our five committee chairs are board members of color. That is not because of any grand plan; it’s just who we are. I’m convinced that diverse board leadership makes our work smarter and more effective than it could be otherwise. Indeed, arguably the single most influential board member in the development of our current funding strategy was Elsie Meeks, an Oglala Lakota woman from the Pine Ridge Reservation in South Dakota who served as the founding chair of our program committee. The foundation would not be what it is today if my predecessor had not recruited Elsie to the board, or if we had failed to embrace the value of her insights over the ensuing decade.

5. Then tell your story. I’ve been slow to take my own advice on this point. I’ve never written a piece on this topic before, partly out of reluctance to blow my own organization’s horn as some kind of exemplar. That’s not how we think of ourselves; to a person, we value humility more highly than “brand building” or self-promotion. But I’ve come to understand that if organizations that are committed to this journey don’t speak up and celebrate progress, we’re missing an opportunity to shift the perspectives of our peers. So at the risk of sounding like one more egotist in this age of epic egotism, I will admit that in positions of influence within the organizations that matter most to me, I have deliberately elevated board diversity as a potent means of advancing our missions and living our values. I am proud that the boards of the Northwest Area Foundation and Philanthropy Northwest have grown more diverse in recent years. But two caveats are essential:

I offer these observations in appreciation for the BoardSource research, and in the hope of sparking optimism and fresh thinking in others who may feel stuck and want to do better. Leading with Intent proves that change is urgently needed and overdue. If positive social change is what our field is about, we must make change in the boardroom. What are we waiting for?